Child sexual abuse includes a wide range of sexual behaviors that take place between a child and an older person. These behaviors are meant to arouse the older person in a sexual way. In general, no thought is given to what effect the behavior may have on the child. For the most part, the abuser does not care about the reactions or choices of the child.

Researchers estimate that one out of six boys and one out of four girls in the United States are sexually abused.

Child sexual abuse often involves body contact. This could include:

Not all sexual abuse involves body contact, though. Other forms of abuse can include:

Under the child sexual abuse laws, the abuser must be older than the victim in most cases. Some states require the abuser to be at least five years older.

Most often, sexual abusers know the child they abuse, but are not family. About 60 percent of abusers fall into that group. For example, the abuser might be a friend of the family, babysitter or neighbor.

About 30 percent of those who sexually abuse children are family members of the child. This includes fathers, uncles or cousins. The abuser is a stranger in only about 10 percent of child sexual abuse cases.

Child pornographers and other abusers who are strangers may make contact with children using the Internet.

It is not always easy to tell whether a child has been sexually abused. Sexual abuse often occurs in secret, and there is not always physical proof of the abuse. For these reasons, child sexual abuse can be hard to detect.

Some child sexual abuse survivors may:

Older children or teens might try to hurt or even kill themselves.

Sexual abuse can be very confusing for children. For a child, it often involves being used or hurt by a trusted adult. The child might learn that the only way to get attention or love is to give something sexual or give up their self-respect.

Some children believe the abuse is their fault somehow. They may think the abuser chose them because they must have wanted it or because there is something wrong with them. If the abuser was of the same sex, children might wonder if that means they are gay.

Almost every child sexual abuse victim describes the abuse as negative. Most children know it is wrong. They usually have feelings of fear, shock, anger and disgust.

A small number of abused children might not realize it is wrong, though. These children tend to be very young or have mental delays.

Some victims might enjoy the attention, closeness or physical contact with the abuser. This is more likely if these basic needs are not met by a caregiver. All told, these reactions make the abuse very hard and confusing for children.

If childhood sexual abuse is not treated, long-term symptoms can go on through adulthood. These may include:

Others fall into unhealthy behaviors, such as alcohol, drugs, self-harm or eating problems. These behaviors are often used to try to hide painful emotions related to the abuse.

What can caregivers do to help keep children safe?

Although caregivers cannot protect their children all of the time, it is important to get to know the people who are around the child.

Find out whether someone has been charged with sexual abuse and find out where sexual abusers live in the area. Talk to others who know the people with whom your child comes in contact.

Talk to your children about the difference between safe touching and unsafe touching. Tell the child that if someone tries to touch his or her body in their private areas or do things that make the child feel unsafe, he or she should say no to the person.

Let children know their bodies are private and they have the right not to allow others to touch their bodies in an unsafe way. Let them know they do not have to do everything a babysitter, family member or group leader tells them to do.

Most importantly, provide a safe, caring setting so children feel able to talk about sexual abuse.

Some content on this page was gathered from documents found on the website for the United States Department of Veteran Affairs: www.va.gov 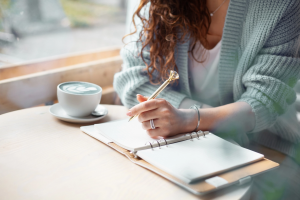